BAY CITY, Mich. ––  The 2017 North American International Auto Show (NAIAS) recently came to a close, and not many other automotive brands had as successful a showing as Chevrolet. Over the course of two weeks in downtown Detroit, the auto brand took home the top award of the show, had two major vehicle unveilings (albeit one was fictional), and showcased a number of their new 2017 models. Chevy's showcase was worth the price of admission alone at NAIAS this year. 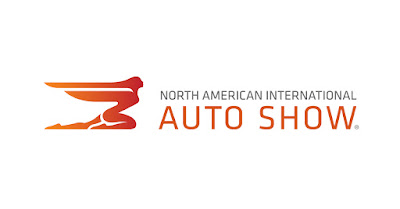 Chevrolet has now won the North American Car of the Year or Truck of the Year award for fourth time in four years thanks to the 2017 Bolt EV. The streak of success began in 2014 with the Corvette Stingray and Silverado taking the Car and Truck awards respectively and continued with the Colorado’s win in 2015. The Bolt EV is Chevy's electric automotive marvel with an EPA-estimated 238 miles of range on a full charge providing the average American driver more than five times the mileage of their daily commute on a single charge. The 2017 Bolt EV was also named Motor Trend® Car of the Year, Green Car Journal Green Car of the Year, and was listed among Car and Driver's 2017 10Best Cars list. The Bolt EV was rolled out into California and Oregon markets in December of 2016 and will be available at certified dealerships across the U.S. in mid-2017. 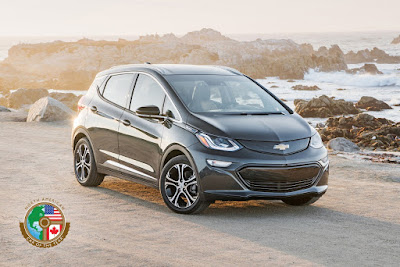 The unveiling of the completely redesigned 2018 Traverse revealed that midsize SUV has a lot for motorists to be excited about. With a new bold and refined exterior, and improved safety features and technologies to help keep passengers safe, comfortable and connected the new 2018 Chevy Traverse is the ultimate family vehicle. The interior boasts the new split-folding second-row seat, improved third-row legroom which is expected to be the most spacious in the segment at 33.7 inches (856 mm) as well including maximum cargo room. Chevrolet’s latest connectivity technologies will be available and include 7- and 8-inch-diagonal MyLink infotainment systems designed to support Android and Auto Apple CarPlay, as well as an available OnStar 4G LTE Wi-Fi hotspot. Passengers will have also have access to USB charging ports in all three seating rows of the vehicle.

The Traverse is powered by a 3.6L V-6 engine and will get a GM-estimated 25 mpg highway as well as an estimated 5,000-pound (2,268 kg) trailering capacity when properly equipped.

Chevrolet and Lego unveiled the life-size Lego Batmobile, measuring 17 feet long and made of 344,187 Lego bricks, at NAIAS to the excitement of all in attendance. Chevy has partnered with Lego to promote "The Lego Batman Movie" which premieres on February 10th. In addition to the life-size Batmobile, Chevrolet also debuted its newest commercial in their "Real People, Not Actors" campaign which features a focus group of Lego minifigure people discuss what kind of person would drive the Batmobile, much to Batman's chagrin, and teased the unveiling of the caped crusader's ride by projecting The Bat Signal on the brand's Renaissance Center headquarters. 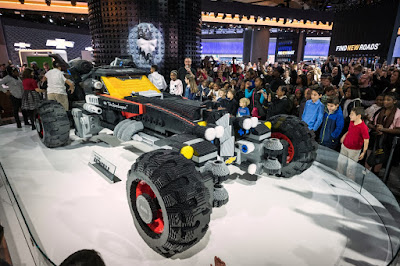 Chevrolet's impressive and noteworthy showing at the North American International Auto Show was a great way to kick off 2017. Auto enthusiasts and common car buyers alike have a lot to look forward from the auto brand, with the 2017 Bolt EV, 2018 Traverse, and other future models which were showcased at NAIAS. The future is definitely bright at Chevy. Additionally, at Graff Chevrolet Bay City, your safety out on the road is our highest priority so we strongly encourage you to make sure your vehicle is prepared for the cold weather and icy winter roads by completing your Winter Car Care routine at our Graff Chevrolet Bay City Service Center.