BAY CITY, Mich. -- "My coach said I run like a girl. And I said, if he ran a little faster, he could too." - Mia Hamm, Professional Soccer Player

When it comes to the struggle for gender equality, breaking the glass ceiling in sports has been historically tough for women, and in many ways continues to be to this day. However, thanks to the nine incredibly talented, persistent, and downright fierce female athletes we're about to discuss in this post, that ceiling has a TON of huge cracks. 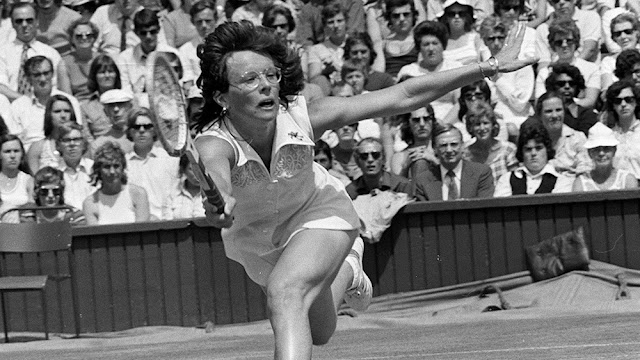 On September 20th, 1973, over 50 million people around the world tuned in to watch Billie Jean King take on Bobby Riggs - both ranked No. 1 in the world in their respective gender brackets at the time - in the sports showdown of the decade famously known as "The Battle of the Sexes". However, this wasn't just a simple tennis match with a corny title, but a major conflict in the fight for gender equality. Up until King straight-up schooled Riggs (not just winning the whole match, but every set decisively), it was widely believed that women had no place in sports due to sexist stereotypes. King effectively annihilated those notions, with the London Sunday Times calling her victory "the drop shot and volley heard around the world", and paved the way for later female athletes in every sport in addition to tennis. 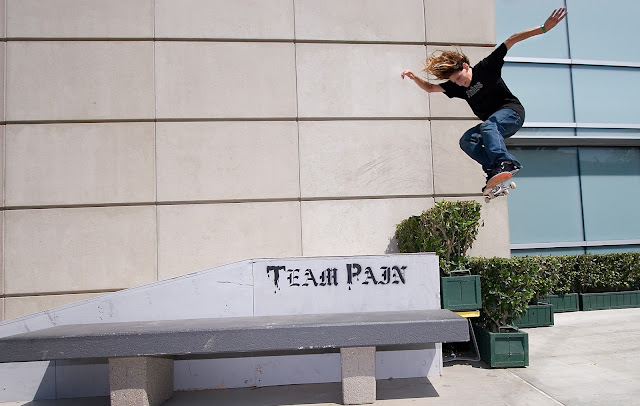 Despite being a sport that has historically celebrated diversity, skateboarding has long excluded women from that sentiment, often times mercilessly. That was until Elissa Steamer seemingly came out of nowhere in 1996, and upped the ante for female skaters in the modern Street-era with a truly legendary part in one of the most groundbreaking skate videos of all time: Toy Machine's Welcome to Hell. Even more impressive is that she did so while refusing that any focus be placed on her gender at all, and instead preferring to let her skill and ability as a skateboarder speak for itself. She soon made history by becoming the first woman to achieve "professional" status. 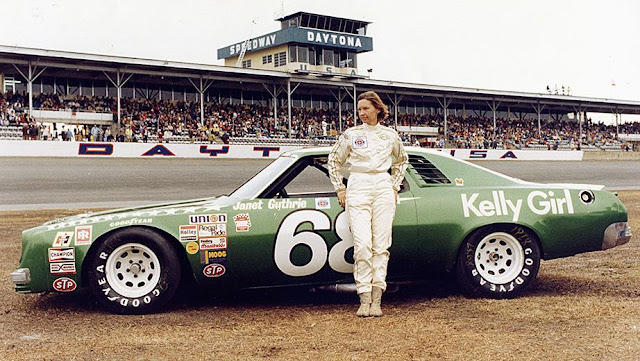 While she wasn't the first woman to get behind the wheel of a stock car, Janet Guthrie was the first to compete in the NASCAR Winston Cup Series (known as the Monster Energy NASCAR Cup Series today), a milestone for female racers. She didn't stop there, however, also becoming the first woman to run in the Daytona 500 and the Indianapolis 500 - in the same year - and is only one of just two women to accomplish such a feat, the other being Danica Patrick. Before her racing career, Guthrie was an accomplished aerospace engineer, receiving her education at the University of Michigan! 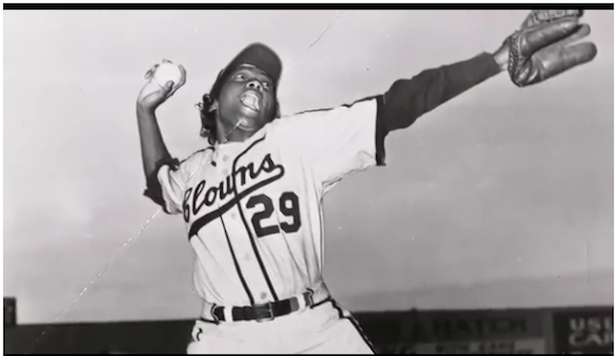 As the first female professional baseball player in a top-tier men's league, Toni Stone was a trailblazer for women of color in sports. Cutting her teeth in local children's leagues in her native St. Paul, Minnesota, Stone would go on to play semi-pro ball just 15-years-old with the Twin City Colored Giants, a men's traveling team. Upon moving to California in 1949, she joined the San Francisco Sea Lions and, despite having to endure sexist taunts from both fans and teammates alike, gained some much-needed exposure which kickstarted her career.

She capitalized on her newfound fame and joined the Indianapolis Clowns in 1953, during which she played with the likes of future Hall of Famers such as Willie Mays and Ernie Banks, and even got a hit off of the legendary pitcher, Satchel Paige. 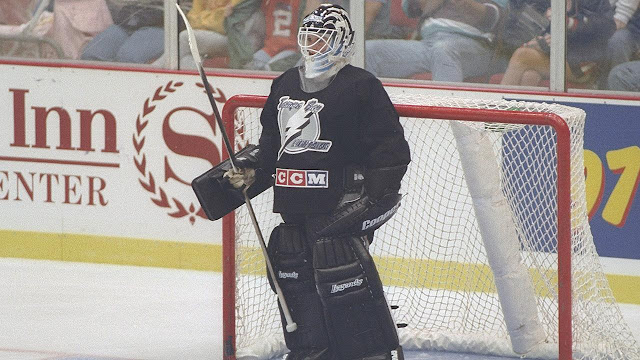 In 1997, goalie Manon Rheaume signed to the Tampa Bay Lightning, becoming the first woman to ever sign an NHL contract. Prior to going pro, she was also the first woman to sign with a top junior division team, the Trios-Rivieres in her native Quebec. During her inaugural exhibition game with the Lightning, she saved seven of the nine shots attempted on her. Shortly after her second game, Rheaume signed with the Tampa Bay's IHL affiliate, the Atlanta Knights, and played on various other teams until her retirement in 1997. Aside from her professional career, she also scored two gold medals in the women's IIHF championships, and silver in the 1998 Winter Olympics in Nagano. 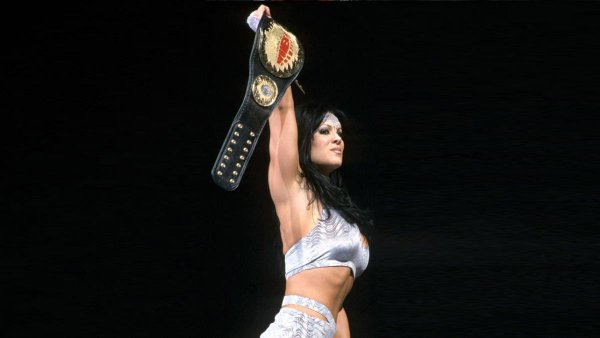 Billed as the "Ninth Wonder of the World" (her colleague Big Show was the eighth), Chyna's impact on the fiercely masculine sport of professional wrestling in undeniable. She lifted the Intercontinental Championship belt twice during her career, was the first woman to compete in the chaotic Royal Rumble, and the first woman to be named a No. 1 contender for the WWE Championship. After taking on the likes of legends Chris Jericho and Eddie Guerrero, she destroyed all the other Divas who dared challenge her at WrestleMania XVII, clinching the Women's Championship and maintaining her title until her retirement in 2001. 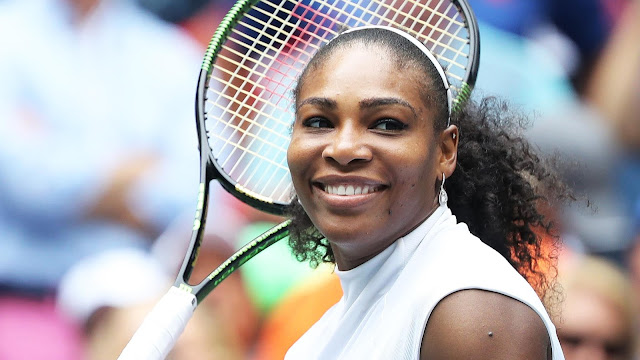 The Saginaw-born Serena Williams is considered throughout the sports world to be the best tennis player of all time, achieving the rank of No. 1 by the Women's Tennis Association a total of six times throughout her career to date. She comes by it honestly, holding a whopping 94 WTA career titles and 22 Grand Slam titles; as well as the distinction of being the only tennis player - of either gender - to have won singles titles at least six times in 3/4 Grand Slam tournaments. To top it all off, Williams holds more Grand Slam victories than anyone else in the Open era, having surpassed Roger Federer with her 308th win in 2016. 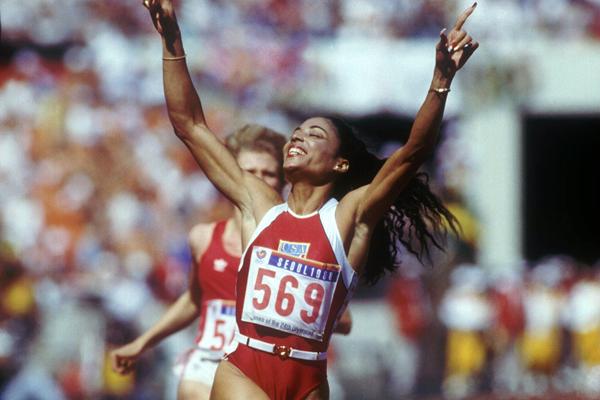 Regarded by many as the First Lady of American Athletics, Florence Griffith-Joyner (aka "Flo-Jo") dominated the realm of track and field, specifically during the Olympics between 1984 and 1996. She is considered to be the fastest woman of all-time, having set the world record for the 100m and 200m dashes, and still holding it to this day now over two decades after her tragically sudden passing. In addition to her incredible racing ability, Flo-Jo had a one-of-a-kind charisma and style (most notably her 5-inch long, decorated nails and eye-catching racing suits) that made her a media darling. 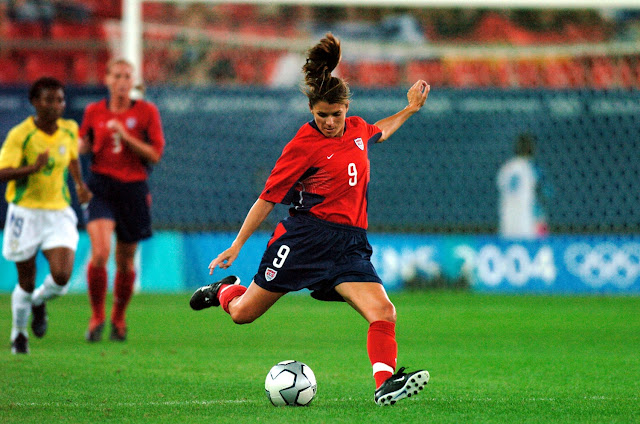 Leading Team USA to a historic win in 1999. Two-time Olympic gold medalist. Two-time FIFA Women's World Cup champion. The face of the Women's United Soccer Association (WUSA) - the first of its kind in the United States. The mighty Mia Hamm enjoys a long list of accolades that have made her a certified icon and trailblazer for women in the sports world. Most notably young girls and aspiring athletes in the 1990s, who saw Hamm's unapologetically strong physique and hard-playing style, that sent the message that they too could achieve the same level of dominant greatness.