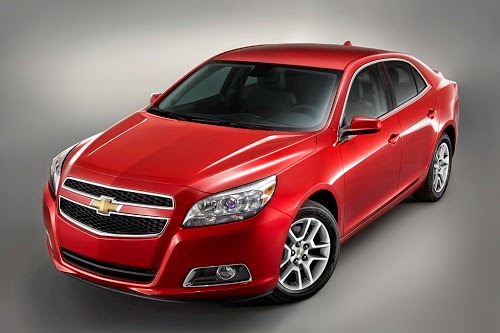 BAY CITY, Mich. - There has been a lot of hype surrounding the new 2016 Chevy Malibu, and it is very well deserved! It started with the Safe Teen driving system, and now new information reveals that the 2016 Chevy Malibu hybrid will get 45 m.p.g! The next-generation Chevy Malibu Hybrid will have at least a 45 m.p.g in combined city and highway driving, thus making it one of THE MOST fuel-efficient mid-size sedans available on the market when it goes on sale in the spring of 2016.

Chevrolet’s electrified lineup will also include the next-generation 2016 Chevy Volt, and General Motors has future plans to make a completely all-electric car based on the Volt concept. GM will reveal the 2016 Malibu next week during the New York auto show. The 2016 Chevy Malibu hybrid will get 45 m.p.g and GM is using this new fuel-efficient technology to spur the Malibu and the Volt towards exceeding the Ford Fusion, Toyota Camry, and the Hyundai Sonata hybrids.

Chevrolet is truly raising the bar with the new 2016 Malibu and “The introduction of a hybrid versions of the Malibu comes at no surprise…” according to Jack Nerad, market analyst at Kelley Blue Book. He also states that, “These days, the midsize sedan segment is littered with hybrid versions as manufacturers seek to meet federal corporate average fuel economy standards” These standards will become much more severe in the coming years, which is forcing automotive companies to come up with new hybrid concepts.

If you have any questions on how integrating a hybrid Chevy model into your current inventory, or would like to test drive one, visit the experts at your Tuscola Area Chevrolet Dealer! Hank Graff Chevy is located at 3636 Wilder Road, Bay City, MI 48706 and we are here to help our community grow to become an even better place to call home! For more information on Hank Graff Chevrolet, or for any questions call us at (989) 684-4411 or visit our website: www.GraffBayCity.com.

The New 2015 Chevy Tahoe Ramps Up The Sophistication 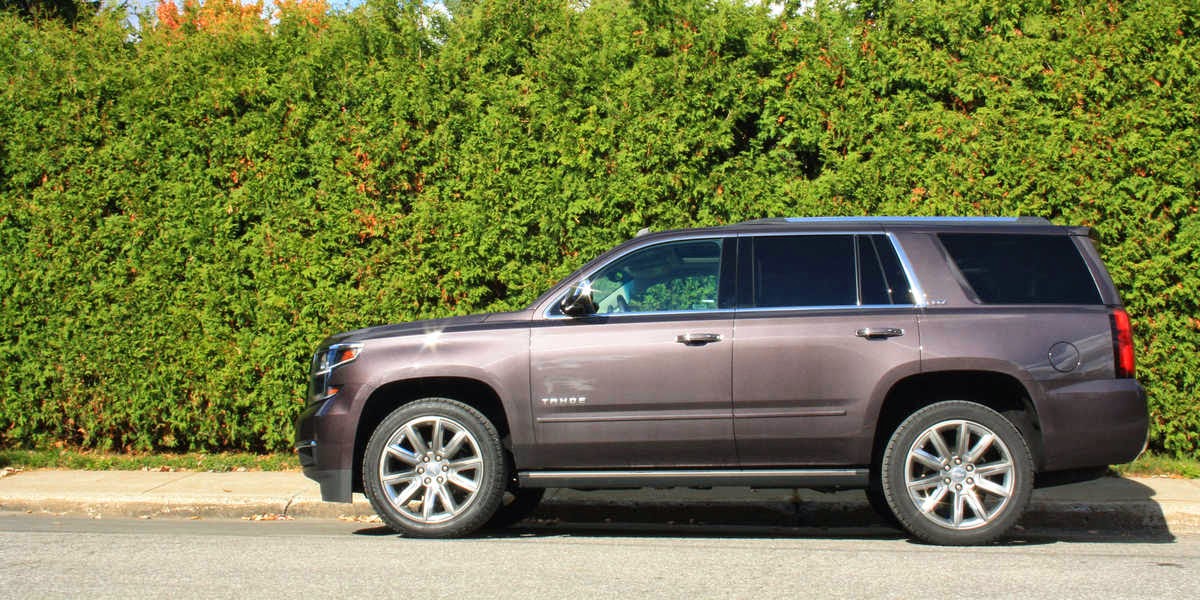 BAY CITY, Mich. – One of our favorite Chevy Models, the Tahoe, has been completely revamped inside and out for 2015! Chevrolet is continuing to dominate in the large-SUV segment, and the new 2015 Chevrolet Tahoe does NOT disappoint! The new 2015 Chevy Tahoe ramps up the sophistication, and was developed to be more practical and distinguished, while offering more safety features and a greater range of superior technologies.

The improvements to the new 2015 Chevy Tahoe include a touchscreen interface with smartphone integration and enhanced safety features, which include lane departure warning system and blind spot monitoring. A new level of comfort has also been added to the seating within new model; “you sit in them, not on them”. The third row of the 2015 Chevy Tahoe is also a lot simpler to use, as it folds evenly into the floor instead of twisting to the sides of the cargo area, like earlier models.

The new 2015 Chevy Tahoe ramps up the sophistication, and the improvements do not end with the interior of the vehicle; the exterior design of the Tahoe is sculpted with precision and is very distinguished. With all of these upgrades, the new 2015 Chevrolet Tahoe is an excellent choice for anyone looking for a more refined SUV.

To see all of our great Chevy Tahoe models, visit the experts at your Tuscola Area Chevrolet Dealer! Hank Graff Chevy is located at 3636 Wilder Road, Bay City, MI 48706 and we are here to help our community grow to become an even better place to call home! For more information on Hank Graff Chevrolet, or for any questions call us at (989) 684-4411 or visit our website: www.GraffBayCity.com. 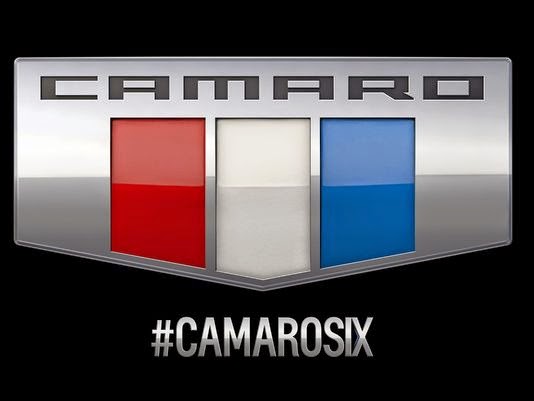 BAY CITY, Mich. – The new 2016 Chevrolet Camaro will be reveled on Belle Isle in May, and this big reveal has everyone talking! Chevy and muscle car enthusiasts have been chattering about the reveal of this car for a while, and it looks like their prayers have been answered! Chevrolet will be showing the sixth generation of the restructured classic, and the event takes place two weeks before the annual Detroit Belle Isle Grand Prix.

The event on Belle Isle will take place on May 16, and will be sure to please the expected 1000+ visitors; who will be able to take hot laps on in the Grand Prix course in a 2015 Camaro Z/28. There will be a display of each generation and classic version of the car since its first introduction model of 1967. Todd Christensen, Camaro marketing manager stated, “This will be an event Camaro fans will not want to miss! This is the only the sixth time we have introduced an all-new Camaro”. Fans will also have the opportunity to meet and chat with some of the Camaro engineers and designers.

The new Camaro will be assembled at General Motors’ Lansing Grand River plant, and is slated to go on sale later this year. The new 2016 Chevrolet Camaro will be revealed on Belle Isle in May, registration is required to attend the event and space is very limited. If you are attending and agree to bring your own Camaro, you will get priority registration and special parking.  To register, or get more information visit: www.thecamarosix.com .

If you would like information on the Chevrolet Camaro, or would like to test drive one, stop by your Tuscola Area Chevy Dealer! Hank Graff Chevy is located at 3636 Wilder Road, Bay City, MI 48706 and we are here to help our community grow to become an even better place to call home! For more information on Hank Graff Chevrolet, or for any questions call us at (989) 684-4411 or visit our website: www.GraffBayCity.com.

BAY CITY, Mich. - The most green-tastic holiday is right around the corner....St. Patrick's Day!  As the excitement builds and everyone prepares to pay homage to the Irish culture on March 17th(whether they are Irish or not), we felt inclined to share a few breakfast dishes that will fill you with the luck of the Irish! We are sure that your entire family will love one of these St. Patrick's Day breakfast recipes and that each will be the perfect start to your St. Paddy's Day celebration! 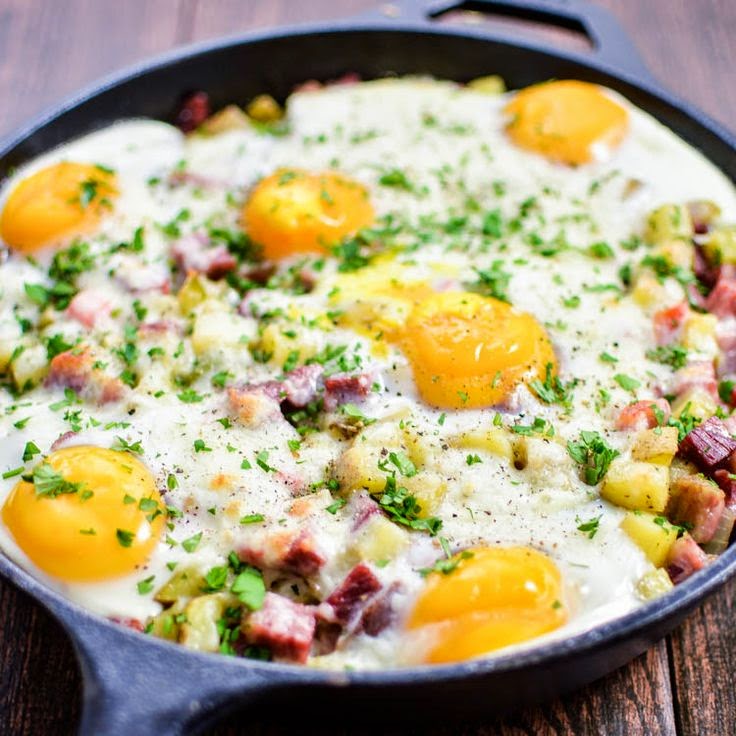 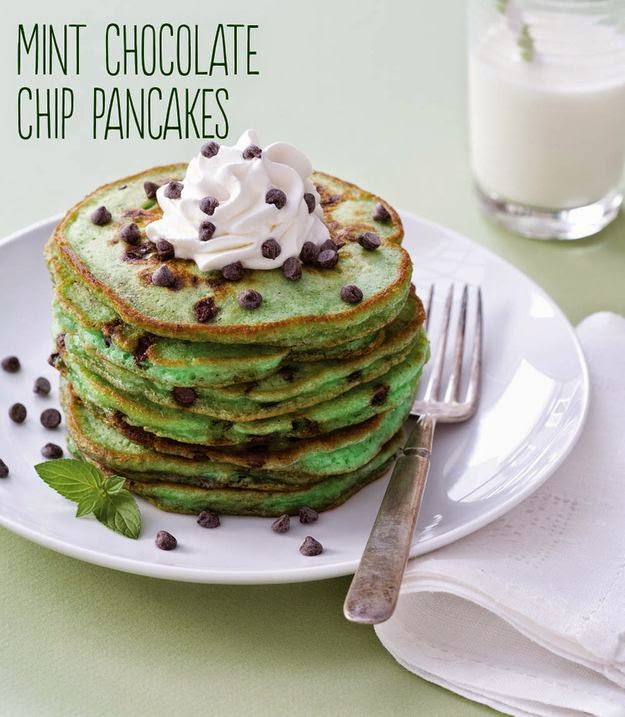 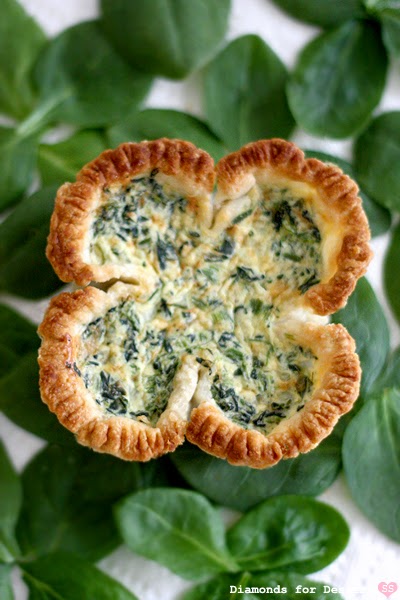 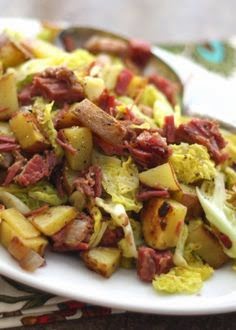 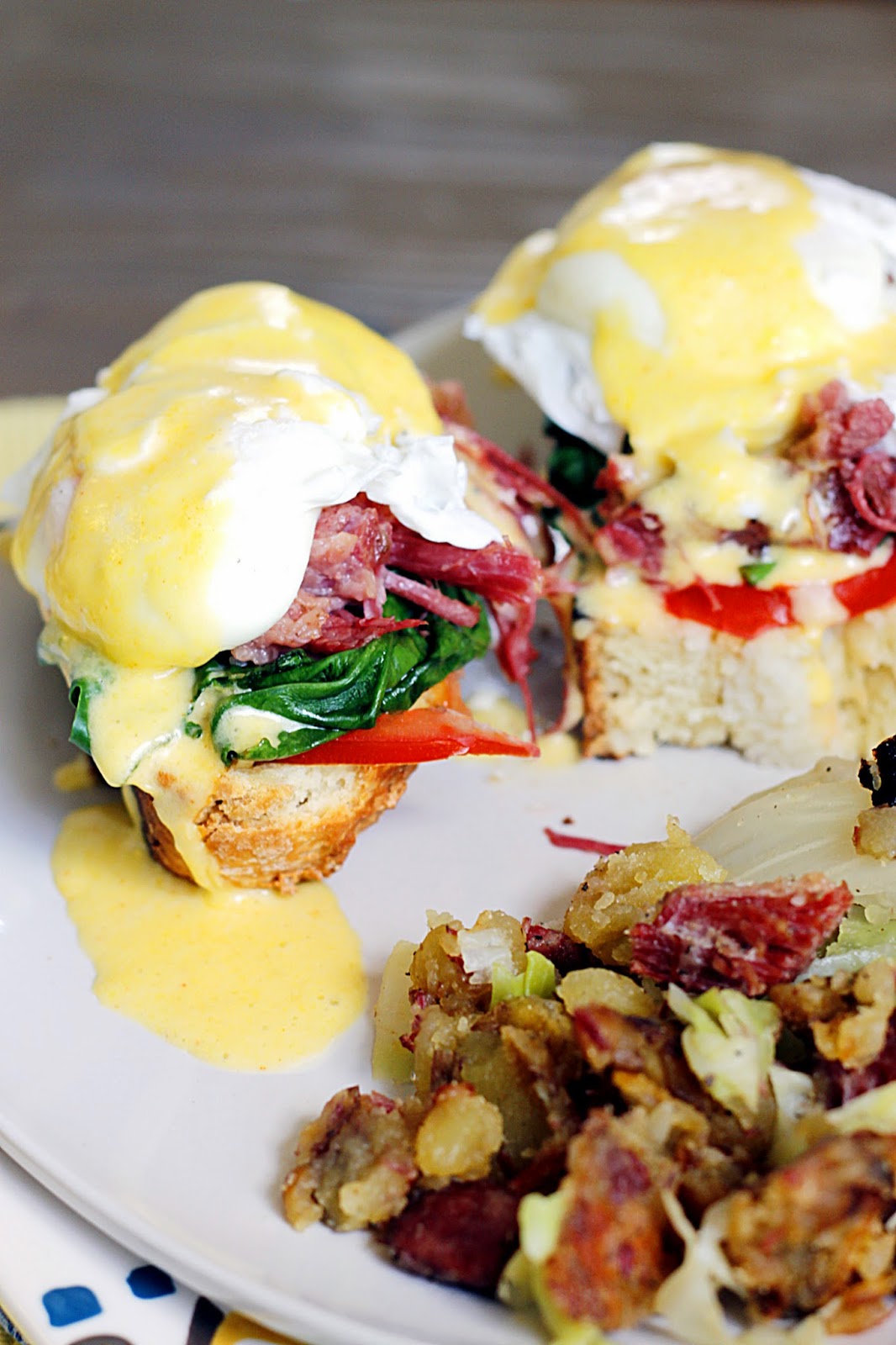 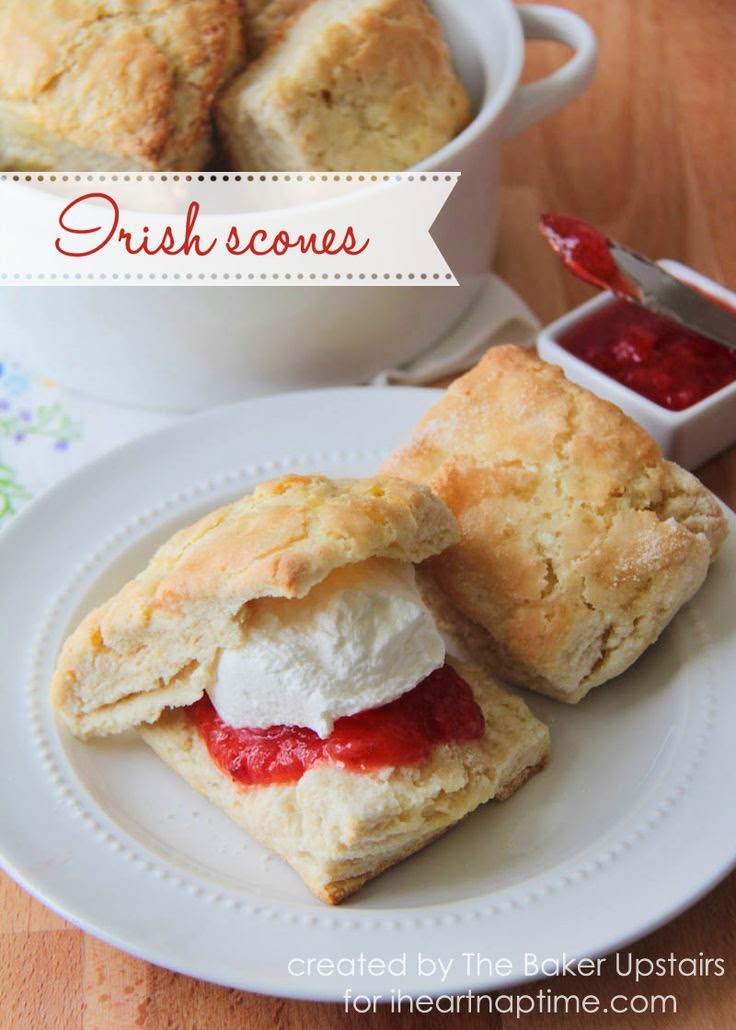 Don't forget, March Mania is going on ALL MONTH long at your Tuscola Area Chevy Dealer! Hank Graff Chevy is located at 3636 Wilder Road, Bay City, MI 48706 and we are here to help our community grow to become an even better place to call home! For more information on Hank Graff Chevrolet, or for any questions call us at (989) 684-4411 or visit our website: www.GraffBayCity.com. 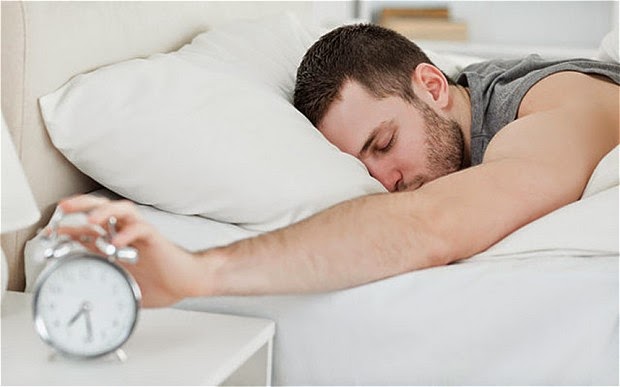 BAY CITY, Mich. - Are you a “don’t talk to me until I’ve had a cup of coffee” type of person? We get it, we have those days, too. However, wouldn’t it be nice if we could train our bodies to always wake up on the RIGHT side of the bed? It really is easier than you think! We’ve gathered some of the best and most effective tips on how-to become a morning person. What do you say? Are you up to giving one of these a shot?

Get enough sleep!
Let’s start with the basics. A key element to becoming a pleasant person in the morning is actually getting the recommended amount of sleep, which can vary any where between 6 to 8 hours. Turn off those electronics AT LEAST 45 to 60 minutes before bedtime and allow your body to naturally wind down.

Avoid these foods too close to bedtime.
Spicy food, sweets, caffeine, and alcohol can all impact our sleep cycle. These foods can stimulate our senses and cause digestion issues, which can make it difficult for us to fall asleep.

Work towards your new wake up time.
Good things take time, so set your goal and work towards it! If you want to start waking up at 6:30am instead of 7:30am, set your alarm back in 15-minute increments until you reach your newly desired wake up time.

Eat a nutritious breakfast.
Begin your day with a healthy breakfast to fuel your body for the busy day ahead! If you always seem to be in a rush in the morning, try one of these Easy Grab and Go Breakfast Recipes!

Which one of these tips on how-to become a morning person will you try first? Believe us, a small change in your morning and nightly routines really make a HUGE difference!

Nothing can brighten your morning like a brand new Chevy from your Tuscola Area Chevrolet Dealership! Stop by the lot for a test drive today! Hank Graff Chevy is located at 3636 Wilder Road, Bay City, MI 48706 and we are here to help our community grow to become an even better place to call home! For more information on Hank Graff Chevrolet, or for any questions call us at (989) 684-4411 or visit our website: www.GraffBayCity.com.

BAY CITY, Mich. - Does your breakfast typically consist of coffee and “oh someone brought donuts to the office” during the workweek? It has been proven that a healthy breakfast is a key element to keeping you energized and focused throughout the entire day. What is the best way to ensure that you will fuel yourself properly each and every morning? PREPARATION! The best thing to do to keep yourself on track is prepare your breakfasts ahead of time. Here are some easy grab and go breakfast recipes that are perfect to keep you full during even the busiest of mornings!

Blueberry Cobbler Overnight Oatmeal
This oatmeal is super easy, and tastes like a small scoop of heaven! See the recipe here. 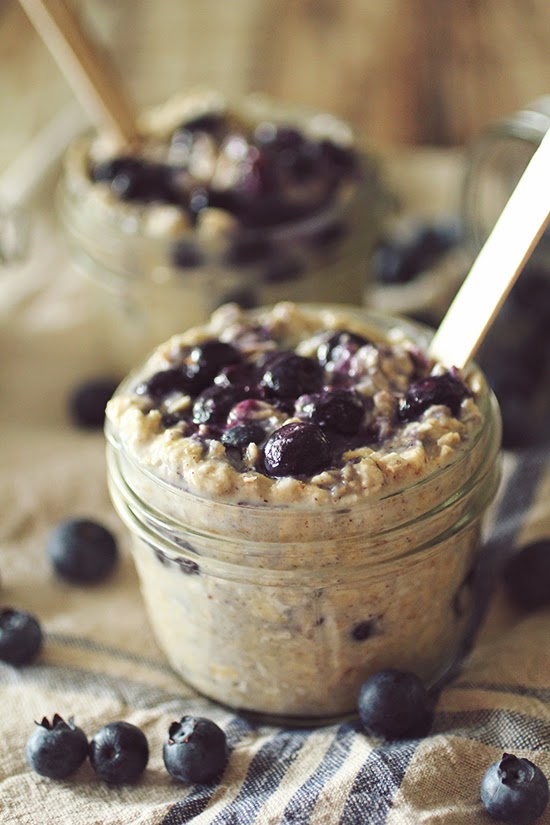 Mini Frittatas
These would be great to prepare on Sunday and have for the rest of the week! Get the recipe. 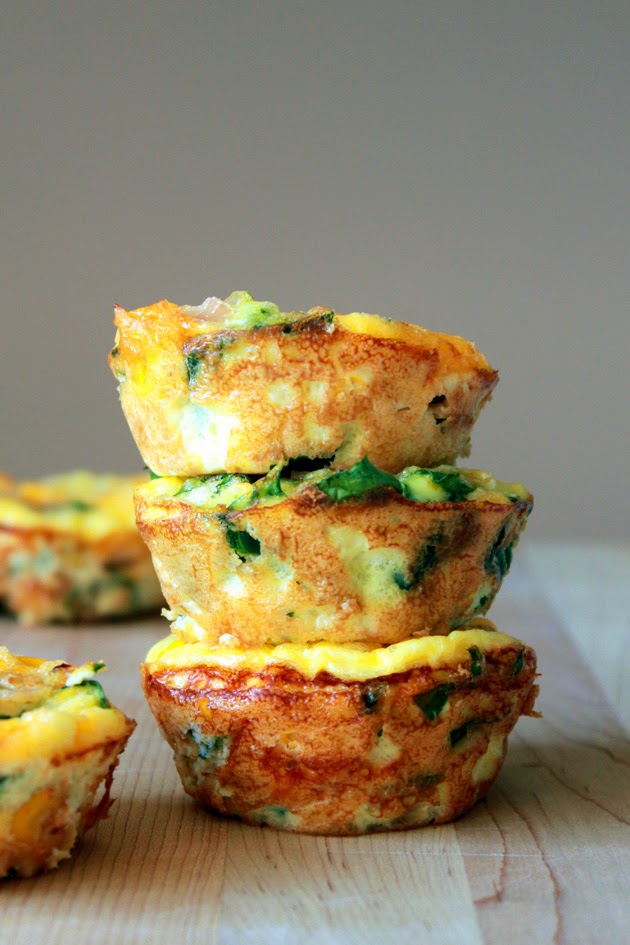 Apple Cinnamon Steel Cut Oatmeal
Yeah, this is A CROCK-POT RECIPE! It is so simple, just throw everything in the night before, wake-up, and PRESTO! See the recipe here. 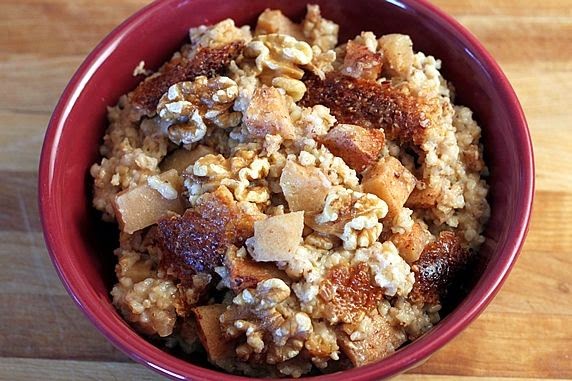 Breakfast Sandwiches
Freeze these protein-packed, low-cal sandwiches ahead of time, and then warm them up the morning! Get the recipe. 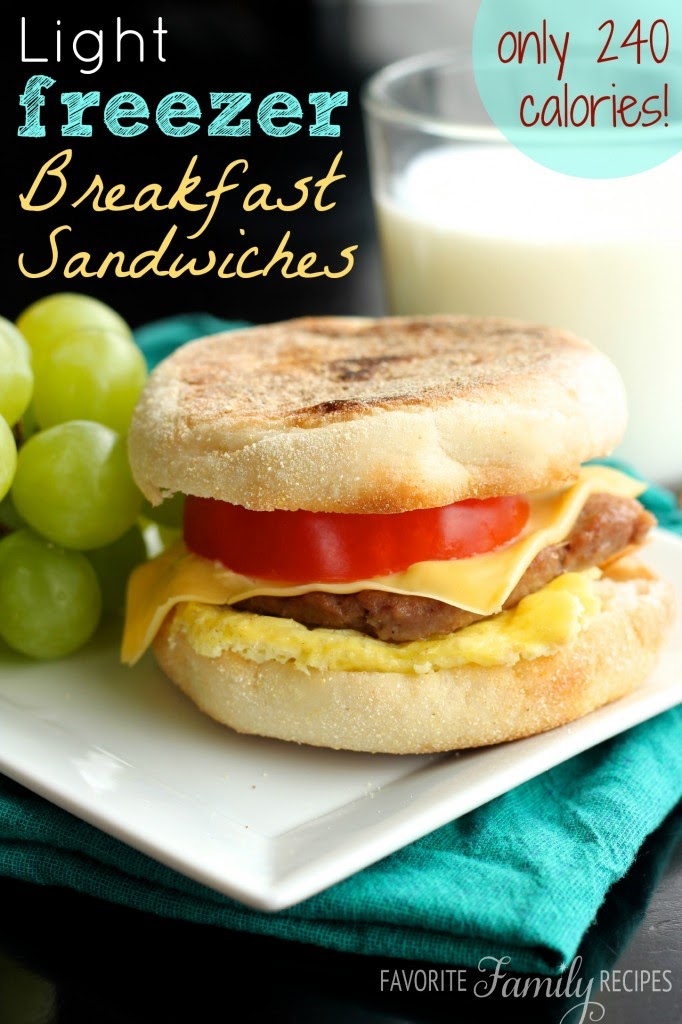 Starting your day on the right (and healthy) foot can be simple with one of these easy grab and go breakfast recipes! A nutritious breakfast is an important part of maintaining your overall health. Breakfast not only helps to stabilize your metabolism, but it also prevents you from over eating later on in the day. Be sure to visit our Pinterest page for more grab-and-go breakfast ideas!

To maintain the health of your vehicle, visit the experts at your Tuscola Area Chevrolet Dealer! Hank Graff Chevy is located at 3636 Wilder Road, Bay City, MI 48706 and we are here to help our community grow to become an even better place to call home! For more information on Hank Graff Chevrolet, or for any questions call us at (989) 684-4411 or visit our website: www.GraffBayCity.com.