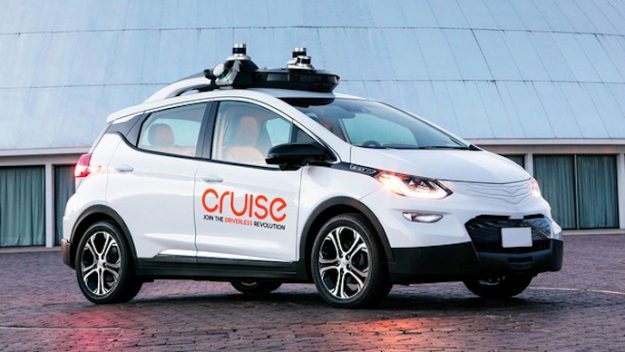 BAY CITY, Mich -- An emerging industry leader in autonomous vehicle technology, the GM Cruise has grown from 40 to 1,000 employees at its headquarters in San Francisco, as well caught the attention of Honda and SoftBank with investments reaching a valuation of $14.6 billion. As the next step, they're ready to commercialize self-driving vehicles, with fearless new CEO Dan Ammann at the helm.

Ammann spearheaded the 2016 acquisition of Cruise as the president of GM, and single-handedly oversaw the relationship between the companies. As someone deeply familiar with Cruise's business, technology and team, he was a perfect choice for CEO. "I am excited to dedicate 100% of my time and energy into helping the Cruise team realize our mission of deploying this technology at scale," said Ammann at a recent press conference.

According to GM CEO Mary Barra, the goal is to "transform mobility through the safe deployment of self-driving technology and move us closer to our vision for a future with zero crashes, zero emissions, and zero congestion."

Part of this new venture includes an autonomous ride-hailing service that is set to launch in 2019. While an official statement indicating what city will be selected for the maiden voyage of this service has yet to be released, all signs as of late point to Cruise's hometown of San Francisco.

What do you think of the strides currently being made towards launching autonomous vehicle technology? Would you use the new GM Cruise self-driving, ride-hailing service? Why or why not? Comment and let us know. We love hearing from you.