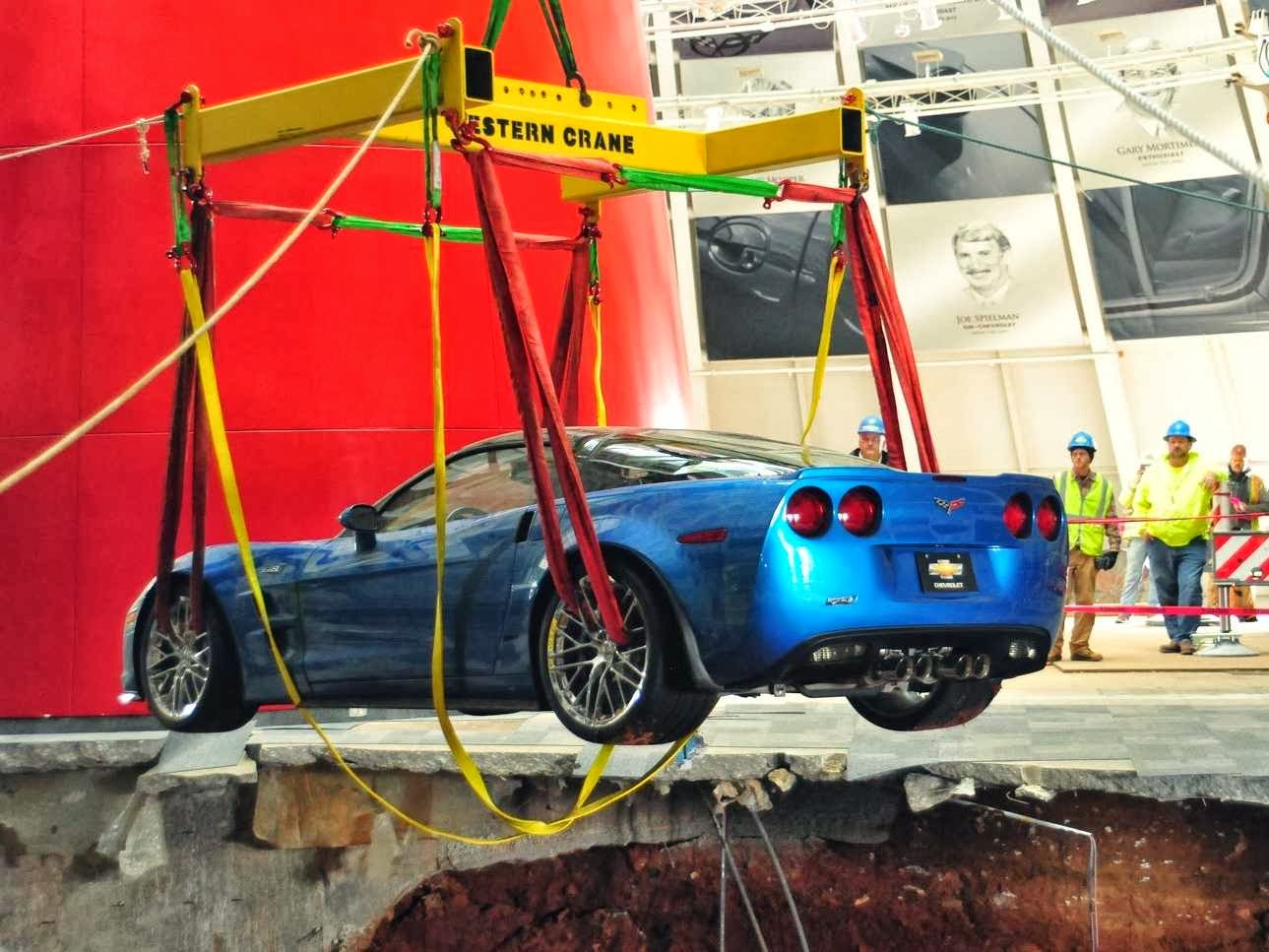 BAY CITY, Mich.– Remember when news broke last month that a massive 40-ft. sinkhole opened up under the National Corvette Museum, swallowing eight rare Corvettes? How could you forget it, right? As sad as it is to think about those classic Corvettes covered in rubble, we do have some good news to share–three Corvettes were recovered from the sinkhole this week!

This week crews got to work in Bowling Green, KY, uncovering three of the most accessible vehicles from the National Corvette Museum sinkhole. First was a 2009 Corvette ZR1 Blue Devil that only endured minor damage from its 30-ft. fall and was able to start up and drive through the museum doors. The second, a 1993 Ruby Red 40th Anniversary Edition Corvette, sustained quite a bit more damage with broken windows and significant damage to the front and rear. The third car posed more of a challenge for crews since a five-ton slab of concrete from the museum's floor was resting on the front of the 1962 black Corvette, which meant both the car and concrete had to be removed simultaneously. But two cranes got the job done! 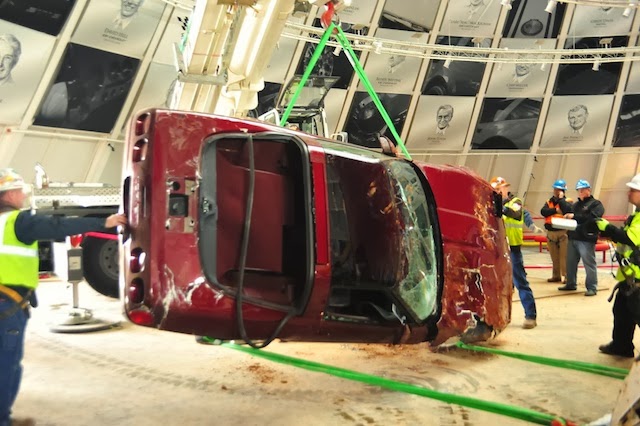 While three Corvettes were recovered from the sinkhole this week, the remaining five will have to remain buried until workers can further stabilize the sinkhole, a process that could take two to three weeks. From there recovery of the remaining vehicles could extend through August 3rd!

Ready to own your own Corvette so you can make sure it's taken care of? Stop by and we can help you make it possible with our Auto Loans at our Midland Area Chevrolet Dealership! Hank Graff Chevy is located at 3636 Wilder Road, Bay City, MI 48706. For more information on Hank Graff Chevrolet, or for any questions call us at (989) 684-4411 or visit our websites: www.GraffBayCity.com.