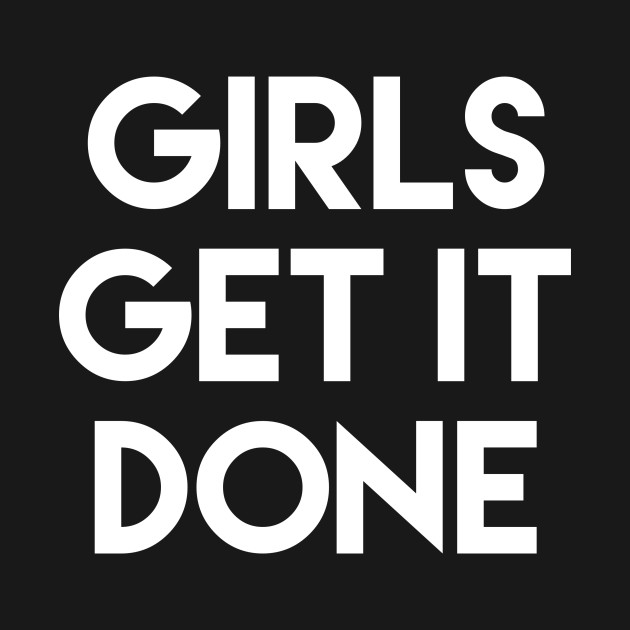 BAY CITY, Mich. -- March is National Women's History Month, and we at Graff Bay City are celebrating by giving you a weekly dose of girl power all month long! To kick it all off, here are 5 extraordinary women who changed the world! 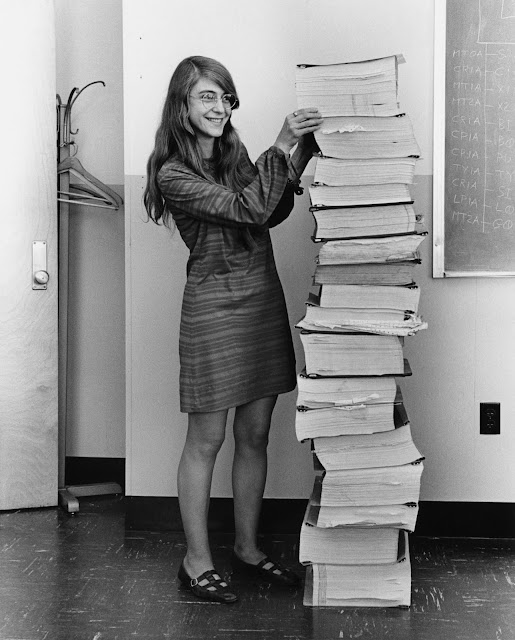 While Neil Armstrong called the successful Apollo 11 mission "one small step for man and one giant leap for mankind" as he took the first human steps on the moon; it was actually a woman who made it possible for he and co-pilot Buzz Aldrin to land safely on its surface. In this famous photo, Margaret Hamilton stands next to the tower of ultra-meticulous code she wrote for the historic lunar lander's onboard flight computer; which included ingenious contingency protocols that both brought system errors to attention and enabled the software to compensate for them to avoid catastrophe. Her groundbreaking work earned her the Presidential Medal of Freedom.

Not only did Margaret Hamilton send humanity to the stars, but she also established the entire field of software engineering (even coming up with the name). All the apps you use on your phone, the intricate systems within your vehicle, and any smart devices you might have at home exist today thanks to her! 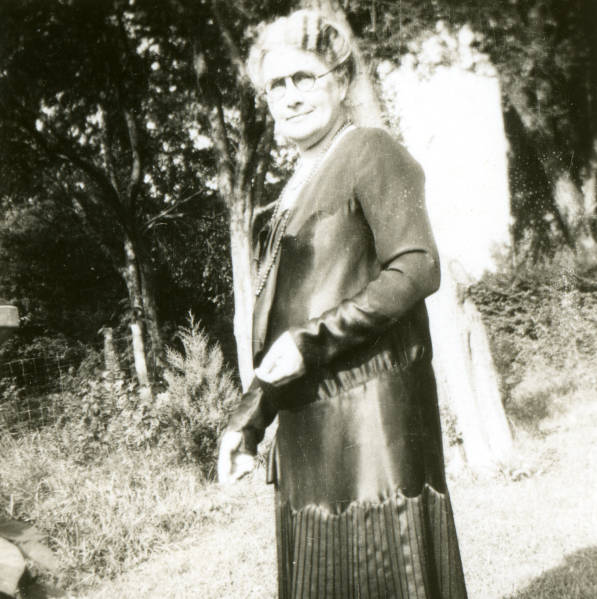 A mother of four and manager of a farm in Mouse Creek, Tennessee, Febb Burn would go down in history as clinching a historic win for feminism. On August 18th, 1920, her son Harry, also a representative of the Tennessee General Assembly, was about to vote on the 19th Amendment to the U.S. Constitution. If passed, women would be given the right to participate in all local and national elections. If vetoed, it would be years before the subject was ever brought up again. At the time, the country was in a stalemate on the issue, and the vote from Tennessee would be the tie-breaker.

While she knew that the state Senate would vote in favor, Febb knew that the House would be close and that Harry's vote would be the one to tip the scales. Before seeing him off to his duty, she sat her 24-year-old son down on her porch and passed him a sweet, motherly note urging him to "be a good boy" and vote in favor of women's suffrage. When the time came to vote, holding his mama's letter in his pocket, Harry voted "aye" so quickly and unexpectedly that it shook everyone in the room. When confronted about his decision by those in opposition, he simply replied: "a mother's advice is always safest for a boy to follow, and my mother wanted me to vote for ratification." 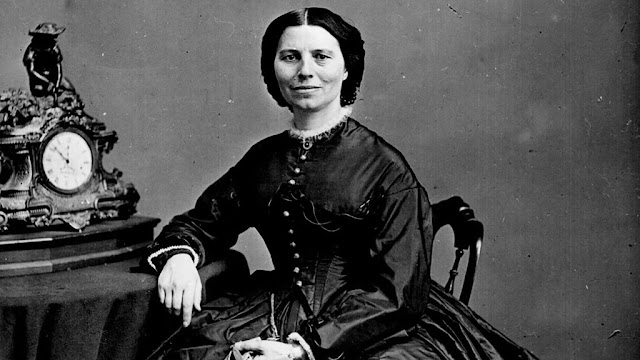 As the Civil War ravaged the United States, Clara Barton, like many other women at the time, did her part to help by collecting bandages and other much-needed supplies to send to Union troops out in the field. However, she felt that there was still more she could do, so she quit her job as a typist and made way for the frontlines. Throughout the conflict, Barton was present at every major battle in Maryland, South Carolina, and Virginia; tending to the wounded and earning the nickname "Angel of the Battlefield". After the war, she helped to locate missing soldiers, mark graves and testified before Congress about her wartime experiences.

She would then travel to Europe, where she discovered the Switzerland-based Red Cross, which called for international agreements to protect those sick and wounded during wartime, as well as for the formation of societies at the national level to provide voluntarily aid on a neutral basis. When she returned stateside, she established the American Red Cross in 1881, and since then the organization continues to serve people both in the United States and internationally with disaster relief, lifesaving blood drives, aid for military families, and first aid training and certification. 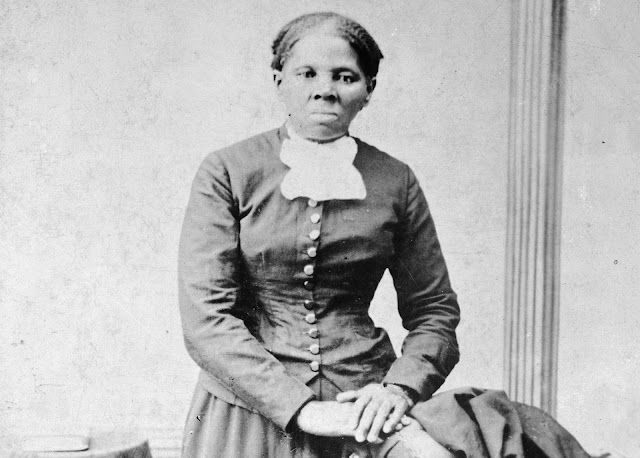 Known as "the Moses of her people", Harriet Tubman was born into slavery in Maryland, escaped, and then helped others gain their freedom as a "conductor" of the Underground Railroad; never being caught and never losing one of the hundreds of "passengers" placed in her charge. Her time with the Underground Railroad also gave her intimate knowledge of the highways and byways of South, which made her indispensable to the Union army as a spy; infiltrating the Confederacy and gathering intelligence about troop placements and supply lines from the local enslaved population - all while having a $40,000 bounty on her head.

After the war, Tubman continued her legacy of activism, raising funds to help newly freed people find homes and jobs as well as joining Elizbeth Cady Stanton and Susan B. Anthony in their fight for women's suffrage. 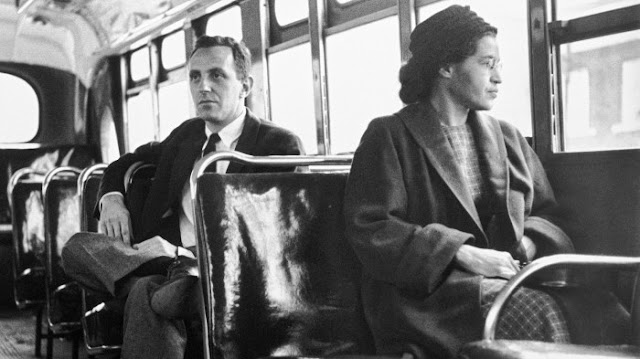 While the city ordinance on public transportation in 1950s Montgomery, Alabama stipulated on paper that no one would be required to give up their seat and stand if no others were available, it was not so in real practice, particularly for black passengers. The section reserved for them towards the back was also subject to change without warning in order to make room for white passengers, which is exactly what the driver on Rosa Parks' bus did when he moved the "Colored" sign directly behind the row in which she sat and demanded that she give up her seat for a white man. She refused, indirectly setting in motion the chain of events that would lead to some of the most significant civil rights legislation in American history.

While the humble Parks tried to play down her role in the fight for civil rights, the grace, and dignity with which she campaigned made her one of the most respected figures in the movement; as well as an international icon of resistance against racial segregation.